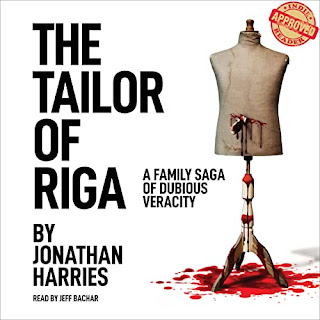 Series: Tales of the Sica, Book 1

I had absolutely no intention of getting into the family business. As I told my father the night he enlightened me on what my ancestors had been up to for over a thousand years, “Sticking a curved dagger into someone’s liver ain’t quite my cup of tea.” As it turned out, I had no choice. When your family’s been assassinating reprobates and other loathsome individuals for seventy generations, you have a certain obligation. So, while it was a little disconcerting to hear how dear old granny would have become a prostitute if Grandpa Joe hadn’t whacked one of Germany’s top agents just before the start of World War I, it certainly piqued my interest. Of course, as I discovered, prostitution and murder were pretty de rigueur for my family. After all, it was my great-grandfather who was hired by the British secret service to kill Jack the Ripper and my mother’s cousins who took part in the attempted assassination of Lenin. My only regret when I finally took up the family sica was not eliminating Jean-Bedel Bokassa just before he crowned himself Emperor of the Central African Empire and ate my two friends. But we all make mistakes.

Jonathan Harries began his career as a trainee copywriter at Foote, Cone & Belding in South Africa and ended it as Chairman of FCB Worldwide with a few stops in between. After winning his first Cannes Lion award, he was offered a job at Grey Advertising in South Africa, where he worked as a copywriter and ended up as CEO at age 29, just before emigrating to the US. Like most immigrants in those days, he started once again from scratch. After a five year stint as Executive Creative Director of Hal Riney in Chicago, he was offered a senior position at FCB. Within ten years, he became the Global Chief Creative Officer and spent the next ten traveling to over 90 countries, racking up 8 million miles on American Airlines alone. He began writing his first novel, Killing Harry Bones, in the last year of his career and transitioned into becoming a full-time author a year ago, just after retiring from FCB. He’s been writing ever since while doing occasional consulting work for old clients. Jonathan has a great love of animals, and he and his wife try to go on safari every year. They’ve been lucky enough to visit game reserves in South Africa, Botswana, Namibia, Zimbabwe, Rwanda, Tanzania, India, and Sri Lanka.

Jeff Bachar is a professional voice artist who delights in helping authors bring their stories to life for listeners. He studied acting at the North Carolina School of the Arts and has a BFA from DePaul University’s Theatre School. In addition to audiobooks, Jeff specializes in commercial and political voiceover as well as museum audio tour narration. With a master’s degree in Public Health, he excels at health-related narration for corporate videos, e-learning, and explainer videos. When he is not in his recording studio, Jeff loves to explore the world and its many diverse cultures with his family. He can be reached at jjbachar@me.com

A very good friend of mine writes a “book letter” every couple of months in which he reviews the thirty to forty books he’s consumed over the time period between letters. I say “consumed” because he reads books the way I eat potato chips. Most of them are murder mysteries and detective novels with the odd piece of historical fiction tossed in for good measure. Some of the books are dark with troubled protagonists, and others light and breezy and seemingly without much depth. Each book, however, is eminently readable in no more than a day or two and that, I have come to realize, is the single most important factor in what I choose to read. It feels, I’ll admit, very shallow and brainless, and yet I’d argue that it takes genius to write a novel that clips along like a racehorse warming up for the derby. Lee Goldberg is most certainly one of my favorite authors, and all his books fit that criterion. They’re funny, thrilling, and the dialogue never makes me wonder just who the hell would possibly talk like that. Emily Organ is another of my favorites, especially her Churchill and Pemberley mysteries. For me, that series epitomizes the idea of “settling in for a nice comfy read.” Two elderly detectives, one as focused on jam tarts and cherry buns as she is on finding the killer, in a bucolic country village inhabited by eccentrics. I’m in love with India and have some absolute favorite Indian authors, although it seems none of them actually lives in India. Vaseem Kahn (British) has a wonderfully entertaining series that features retired Mumbai police inspector Ashwin Chopra and a baby elephant named Ganesha. Balli Karr Jaswal (Singaporean) manages to be both funny and extremely poignant, which I think must be extremely hard to do, and yet she does it so amazingly well. The first Sujata Massey (American) novel I read was The Widows of Malabar Hill, and I couldn’t wait to read the follow up stories of Parveen Mistry, Bombay’s first female lawyer. I grew up reading H. Rider Haggard, whose most famous book – and rightfully so – is King Solomon’s Mines. I read the entire swashbuckling series in a week and repeat the process every few years. They ooze with adventure and intrigue, and though the bigotry that creeps in every so often is sad, it at least gives you an understanding of the nature of colonialism. I wish I had the attention span to attempt the books my wife reads: the best-selling, brilliantly reviewed tomes of our times. I always make the excuse that I’m living them, so why depress myself even further. It’s a weak and inane excuse as she points out, but I’m sticking to it.

Join us on the #AudioBook Tour with Guest Post & Bonus Material