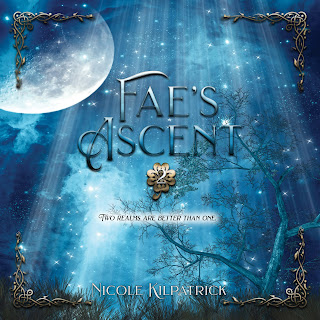 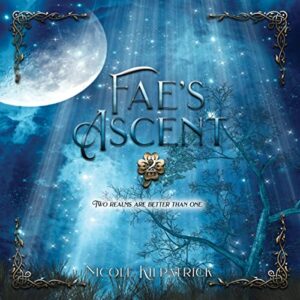 May the road rise up to meet her. After barely escaping Alistair’s clutches, Clover struggles to unleash and master her dormant powers as she embraces her merrow lineage while still staying true to her human self. With the Seelie and Unseelie armies on the verge of war, the clock is ticking, but when a centuries-old secret is uncovered, alliances and loyalties are put to the test and both her worlds come crashing down around her. To defend against Alistair, protect the fate of the Fae, and safeguard her loved ones, Clover must soar higher than she’d ever thought possible. In this action-packed sequel, the very loss and heartache that could lead to Clover’s ruin could also lead to her redemption. The choice is hers.

Nicole Kilpatrick is the author of the YA fantasy novels, Clover and Fae's Ascent. When not writing, she can be found lounging in a cabin by a river, curled up at home reading a book, or concocting recipes in her cozy kitchen in Brooklyn, where she lives with her husband.

Cassandra Alling loves vocal shapeshifting and finding a part of herself in entirely different characters. She lives in NYC, where she loves walking in Central Park, discovering traces of the creative process at the elegant Morgan Library, and catching the subway to see friends old and new.

Interview with Finn Ryan, leprechaun hottie, Seelie soldier extraordinaire, protector and potential love interest to Clover. To get a closer look into the psyche of this uber hot leprechaun, we asked him to answer a few questions from “The Proust Questionnaire” by the French essayist and novelist who believed that, in responding to these questions, an individual reveals his or her true nature.