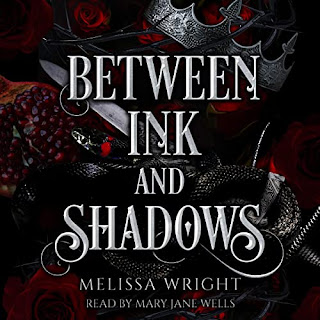 Series: Between Ink and Shadows, Book 1

She’ll win back her freedom, even if she has to steal it. Nimona Weston has a debt to pay. Her father’s dealings with the dark society known as the Trust cost Nim her freedom. There’s one way out of the contract on her life and that’s to bide her time and pay the tithes. But when the Trust assigns Nim to a task in the king’s own castle, her freedom is not the only thing she’ll risk. Warrick Spenser has a secret. As king’s seneschal, he should be the last soul in Inara to risk association with dark magic, but long-hidden ties to the Trust are harder to shed than simply cutting the threads. When the Trust sends a thief to his rooms, Warrick thinks he’s finally found a way to be rid of them for good. But Nimona Weston is hiding secrets of her own. Magical contracts, blood-debt accountants, and a deadly game. An epic fantasy with Regency flair, an improper and slightly stabby heroine with a penchant for trouble, clean slow-burn romance, and a dark and twisty plot that pits magic against kings, love against power, and a gothic underworld against a kingdom desperate to survive. Perfect for fans of Sorcery of Thorns and The Shadows Between Us.

Melissa is the author of more than a dozen YA and fantasy novels including The Frey Saga and BETWEEN INK AND SHADOWS. When not writing she can generally be found talking about a book, painting something from a book, or tucked between headphones listening to a book. It’s kind of a theme. She loves reasonable heroines in unreasonable situations, noble--if brooding--heroes, slow burn and sweet kisses, a lot of havoc, and a little magic. Stay updated on works in progress at Instagram or contact her through the web at www.melissa-wright.com

Mary Jane Wells is a British actress, writer, voice-over artist, and Earphones Award and Audie Award–winning narrator. A graduate of the Royal Scottish Academy of Music and Drama, she held a recurring role on the BBC’s Half Moon Investigates and narrated the BBC Three television show My Children, which won a Scottish BAFTA.