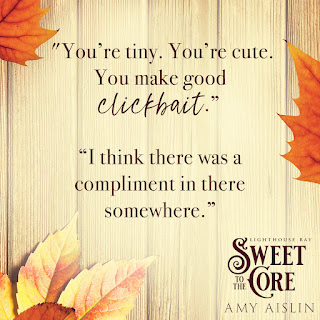 Book Title: Sweet to the Core

It is book three in the Lighthouse Bay trilogy, but it can be read as a standalone and does not end on a cliffhanger.

Dev has pined for his cousin's best friend for years, but no matter how hard he wishes, Clark sees him as nothing but a friend. And it's as a friend that Clark comes to him for help.

Clark’s father is on the brink of losing his house and the fastest way to make a quick buck is to win the $10,000 prize in the inaugural Sweet to the Core apple baking contest. Only problem? He's never baked anything that hasn’t come out of a box.

But Dev has. As a baker, he’s Clark’s best chance.

For the first time, Dev has something Clark wants. Only problem? Dev needs the prize for himself. The only thing he wants—besides Clark—is to buy the local lighthouse where he last spent time with his parents before they died.

Working together means opening a lot more than a barrel of apples, though. They may have found the recipe to love.

But will Dev have to give up the only connection he has left to his parents in order to have it? Or will Clark let his father down? They can't both have everything.

“I wanted to talk to you about Sweet to the Core.”

“I already told you I’m not entering.”

“What if you had a partner and entered as a team?”

Dev swirled the beer in his bottle. “Why would I do that? I work alone.”

“As they say, two heads are better than one.”

“Are they an expert in baking with apples?”

“Then again, I ask, why would I want to do that?” Why would he split ten grand with someone who couldn’t actively contribute? “Wait.” An expert in making homemade pasta? Cock croissants? “You want to compete?”

Clark crossed his arms and squinted against the sun. “I looked the rules up online. That social media component? It’s all about documenting your journey through the competition. Whoever gets the most cumulative likes at the end gets a thousand bucks, six months of free advertising, and web design consultation.”

“Yes, I know all this. That’s why I’m not competing. I don’t have time for all the social stuff.”

Dev regarded him through narrowed eyes. What universe had he been dropped into that Clark wanted to partner with himfor a baking contest? There wasn’t a single part of that sentence that made sense. “Explain.”

“What if I take care of the social media stuff?” Sitting forward, Clark braced both elbows on his knees and regarded him. “Whenever you’re doing contest-related stuff, I’ll tag along, take photos, and post them with a catchy caption. Easy. I’ll have everyone eating out of the palm of your hand. Which leaves you free for the baking. If we win, we split the prize fifty-fifty.”

Dev pursed his lips. Fuck, it was tempting. So very, very tempting. Half the prize would speed up his timeline for acquiring the lighthouse and light keeper’s cottage by months. He could be out of Holland and Zach’s hair that much faster. Within the year if the one-story cottage could be renovated quickly.

The prospect of spending all that time with Clark, though . . . Dev both dreaded it and ached for it desperately.

“Why?” he asked. “Why would you do this? There’s a lot of prep that goes into this kind of thing. It’s not about submitting my bake and hoping for the best. There are two rounds of—”

“It’s not just that,” Dev stressed, trying to drive the point home that this wasn’t something that would take an hour of Clark’s life before he went on his merry way. “Whatever I enter in the contest needs to be test-baked several times to ensure it’s as perfect as it can be. That means I need to check my personal inventory to determine if I have enough ingredients to cover multiple bakes. If it’s not, I need to buy some—flour, baking powder, whatever. And this is an apple baking contest, which means going apple picking to select the best apples. I also need to research other countywide contests to see what kinds of bakes have won. Granted, I’ll be doing all of this in the evenings after the bakery has closed, so if we do team up, it won’t interfere with your job. But it’s still going to take up a lot of your time in the next four weeks. This isn’t one of your hookups; there’s a time commitment involved.”

Clark opened his mouth to speak. Snapped it closed, brow furrowing. “You seem to have a very low opinion of my character.” 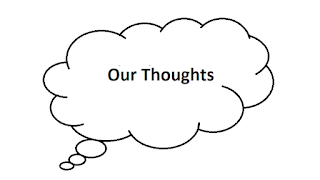 I might be a touch biased when it comes to the residents of Lighthouse Bay .... 🥰

This was Dev's, and believe it or not, Clark's story

Clark, if you read previous books though it was not necessary - is our resident commitaphobic

Dev is overworked but he enjoys, heck, he loves what he does. His best memories growing up were in the kitchen - so when Clark approached him about the baking contest and the prize money he was a touch skeptical but excited.

His half of the prize could be the down payment he needed to acquire the lighthouse.

Sure there was that pesky issue with spending so much time with his unrequited crush.

But hey a guy's gotta do what a guys gotta do

This was packed full of laughs, close friends, family

I love the little nicknames Clark has for Dev

The banter between them felt so natural

A little angst *I may have gotten a little teary*

All kinds of smexy feels

Another great addition to the Lighthouse Bay Family

Amy’s lived with her head in the clouds since she first picked up a book as a child, and being fluent in two languages means she’s read a lot of books! She first picked up a pen on a rainy day in fourth grade when her class had to stay inside for recess. Tales of treasure hunts with her classmates eventually morphed into love stories between men, and she’s been writing ever since. She writes evenings and weekends—or whenever she isn’t at her full-time day job saving the planet at Canada’s largest environmental non-profit.

An unapologetic introvert, Amy reads too much and socializes too little, with no regrets. She loves connecting with readers. Join her Facebook Group to stay up-to-date on upcoming releases and for access to early teasers, find her on Instagram, or sign up for her infrequent newsletter.

Enter the Rafflecopter Giveaway for a chance to win

a paperback of Sweet to the Core.